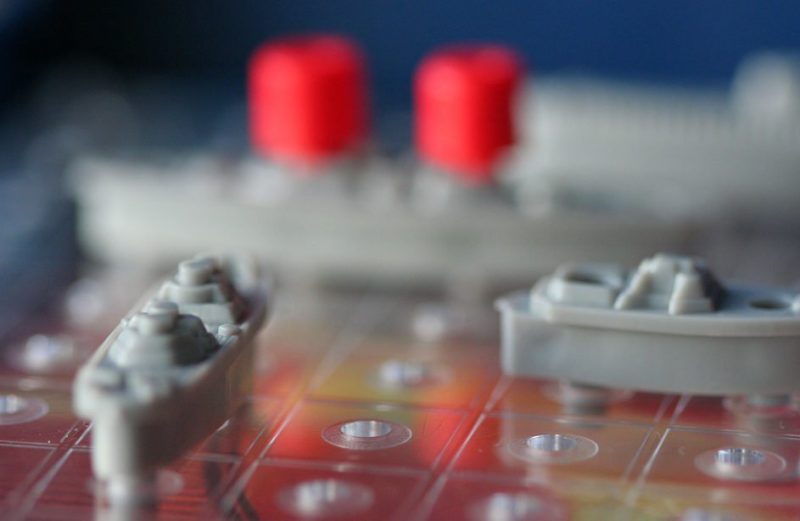 The various battleship games on the market are relatively simple to play, they are a lot of fun and are a great learning tool.

When playing any of the battleship games you need logic and reason, as well as memory; you must remember the shots you have taken, which square will be next and you must be able to formulate a mental picture of your opponent’s set up and keep that in mind as the game progresses.

All in all, it’s a complete brain workout and a great way to make learning fun, even in the classroom. If you don’t have one of the classic battleship games in your game-night arsenal, we suggest you add one. It’s a great way to encourage strategy and learning coordinates and while players have to be old enough to know their numbers and letters, with the help of an older child or adult, they’ll get into it pretty quickly. The game also requires players to remember the names of the ships. Set a fair bit of time aside as the game can go on for a while.

Recommended Ages: 7+, but players as young as 4 will get into it. A Star Wars Battleship game! Great news indeed for avid SW fans as well as battleship game enthusiasts. In this version of the game, with the Star Wars twist, players must choose a fleet of vehicles, including some from the movie. The Imperial Fleet has a First Order Destroyer, Slave I, an Imperial Shuttle, and a First Order Special Forces TIE Fighter. While the Rebel Fleet has a Tantive IV, Millennium Falcon, Resistance X-Wing and an A-Wing Fighter. The rules are the same, with players attempting to hunt down and destroy their opponent’s ships while they hide and protect their own.

It’s a great game and the grid base and target grid folds up neatly, which means it’s perfect for weekends away or sleepovers. It needs 3AAA batteries for lights and sound.

Recommended Ages:  7+, but I think younger kids will enjoy it too The Battleships Card Game is recommended and endorsed by teachers because of the interesting stats, facts, and information about each of the ships included on the cards. The game includes famous warships like the USS George Washington and HMS Belfast, high-tech stealth ships like the Visby Corvette and the Zumwalt and there’s even the odd submarine here and there.

This is the ideal game if you want to give the iPad a break and it’ll teach kids there’s more to toys that don’t need batteries or chargers.

Recommended Ages: Definitely for all ages, although the manufacturer recommends age 7–15. With more than 55 million games sold, there’s a very good chance you had Mastermind – Codebreaker versus Codemaker in your home. It’s easy to learn and fast to play and with more than 2,000 codes it’s different every time. The game uses logic and deduction and the code-breaker needs to match the code-maker’s code, but it needs to be done in ten moves or less. Think you’re up to it?

The game includes a built-in storage tray, a code peg shield, 108 code pegs in 6 colors and 30 key pegs in two colors as well as a complete set of instructions.

Recommended Ages: 8+, but because there’s no reading or numbers younger players will get along with it just fine.

Battleship Command Pirates of the Caribbean

Ahoy me hearties! The pirate’s version of Battleship comes with a multi-level battle grid and has more ships and more ways to sink the enemy. The rules for this version allow ships to have multiple power options, but the premise is the same, to win you must sink all of your enemy’s ships, sending the rapscallion and his crew to Davey Jones’ locker. It’s a lot of fun and adds a new twist to an already popular game.

Recommended Ages: 7–14, but just like the other battleship games, younger kids will enjoy playing once they get the hang of it. If you’re old enough to remember the movie ‘Battleship’ that was released in 2012 then the movie edition might hold some nostalgia for you. For those who don’t, it’s pretty much the same as the other battleship games you would have seen or played. As far as the game goes, the mission is the same, find and sink your opponent’s battleship, but there are a few new moves and twists to add a new level of fun

What everyone likes about this particular version is the plastic case it arrives in. Everything fits in perfectly and there’s no chance of any pieces going AWOL. It’s a great ‘pack and play’ game for the whole family.

Recommended Ages: The manufacturer suggests ages 7+ will like this version, we think younger ones will too.