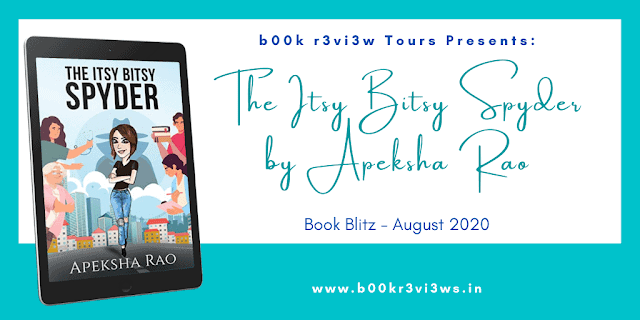 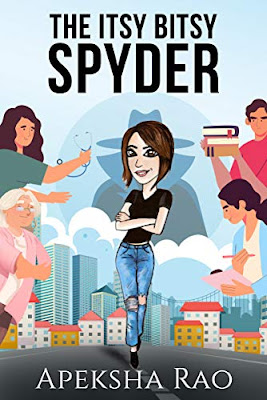 What do you do when your mother feels that you don’t trust her?
If you’re Samira Joshi, and your mother is an elite spy who works for RAW, the first thing you do is … hide the knives.
After that, you go straight to the therapist that she has chosen.
For, when your mother knows seventeen different ways to kill a man, you don’t argue with her. Much.
Unless she’s trying to destroy your dreams.
Then, you fight dirty. Like a spy.
Samira is sweet, sassy, and almost seventeen. She dreams of becoming a badass spy like her parents.
And, why not?
That’s exactly what her parents have trained her to be.
So, why is her mother suddenly acting like a typical Indian mom and pushing her to be a doctor?
Samira can swear on her stack of covert operative manuals that it has something to with her mother’s last mission.
Her therapist disagrees. She feels the key to the mystery lies in Samira’s childhood.
Between her mother’s drama, a trouble-making grandmother, and a confused therapist, Samira’s life is spinning out of control.
What’s a good spy to do when her dreams are in danger? 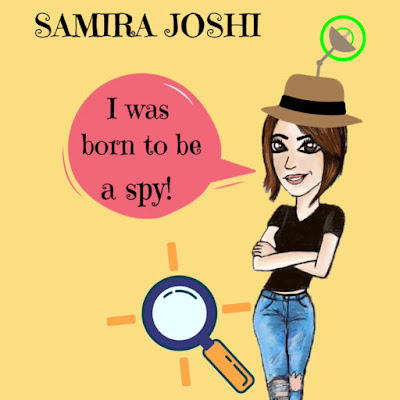 Samira’s grandmother can solve any problem, which is why she’s the toast of the Hindu Colony Bhajan Mandal.
Whether it’s a missing servant, a stolen diamond bangle or an errant husband, your one-stop solution for all your issues is Savita Joshi aka Aaji.
If only she could solve her family’s problems as easily.
She’s proud of the fact that her son is a spy, but she would prefer a more conventional daughter-in-law.
You know … one who doesn’t burn the kitchen down while making a simple omelette.
And, also … doesn’t know quite so many ways to kill someone.
Samira’s Aaji is tired of explaining all the gunshot holes in her daughter in-law’s clothes to curious maids.
She’d rather spend her time running her Bhajan Mandal, and reading the Obituaries page in the newspaper. There’s nothing as satisfying as knowing that you’ve outlived the snotty women who used to look down on you when you were younger.
If only her family would stop fighting. She’s so tired of screaming matches at the breakfast table.
Her grand daughter, Samira, is about to go postal, and rightfully so.
Samira’s mother is being very secretive, which means she’s up to something, and that means Aaji needs to find out what she’s up to.
Unlike Samira, Aaji doesn’t depend on listening devices to know what’s happening in her house.
Aaji. Always. Knows.

And here she is…

Apeksha Rao is a multi genre author from Bangalore.
She is the author of Along Came A Spyder, which is the story of a seventeen year old girl who wants to be spy.
Apeksha has written many short stories based on the same series, The Spyders, which are available on this blog.
She is a voracious reader, and a foodie.
Apeksha’s current works in progress: A middle grade book, a chick lit featuring a detective, and a horror novel (the writing of which is giving her sleepless nights).
Website * Facebook * Twitter * Instagram
Tagged on: book reviews, fiction, young adults