Kenny and the Book of Beasts by Tony DiTerlizzi

Kenny and the Book of Beasts by Tony DiTerlizzi 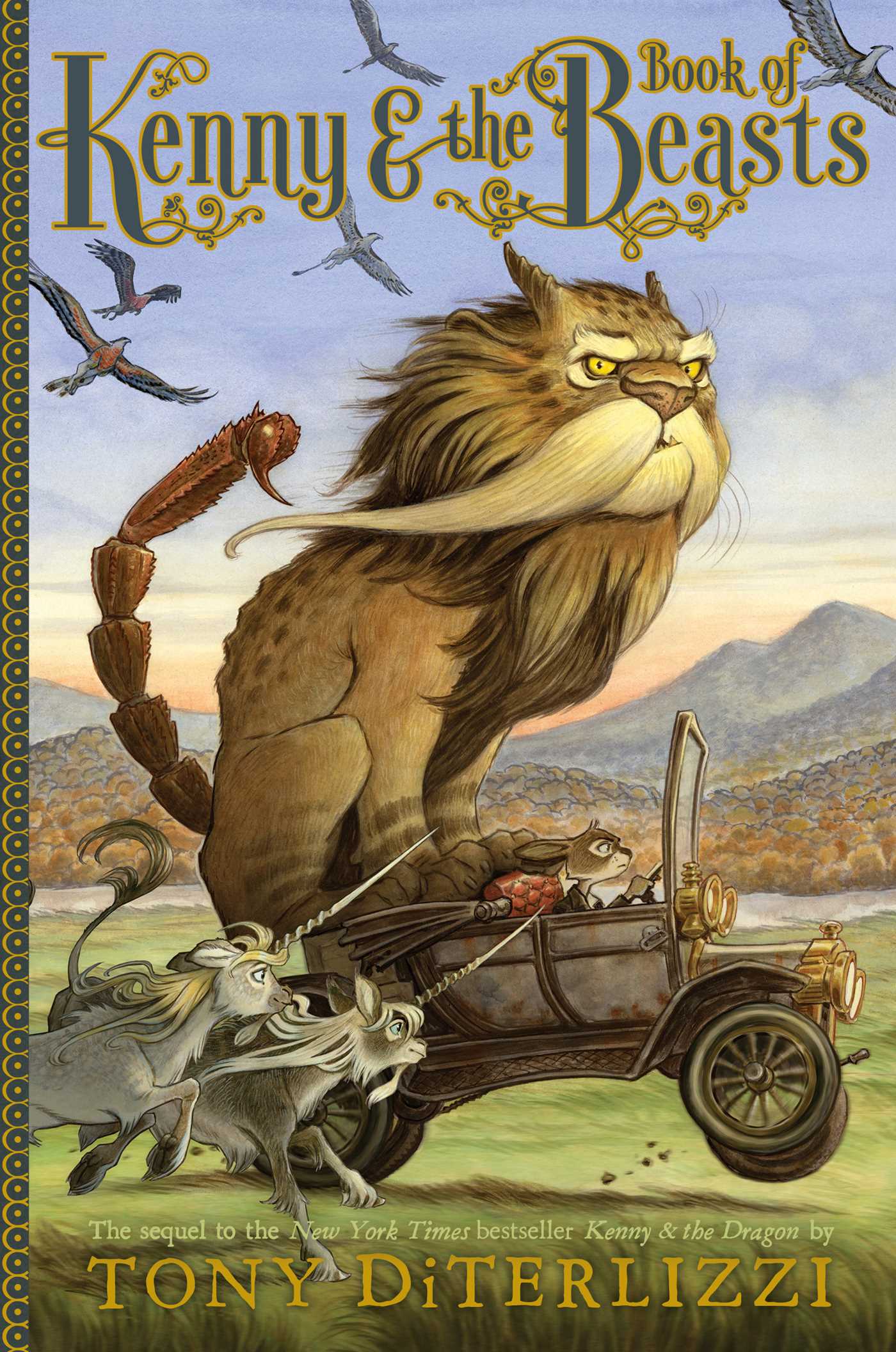 In this highly anticipated sequel to New York Times bestselling and Caldecott Honor–winning author Tony DiTerlizzi’s Kenny and the Dragon, Kenny must cope with many changes in his life—including the fear that he’s losing his best friend.
What can come between two best friends?
Time has passed since Kenny Rabbit’s last adventure with his best friend, the legendary dragon Grahame, and a lot has changed in the sleepy village of Roundbrook.
For starters, Kenny has a whole litter of baby sisters. His friends are at different schools and Sir George is off adventuring.
At least Kenny still has his very best friend, Grahame. That’s before Dante arrives. Dante is a legendary manticore and an old friend of Grahame’s. Old friends spend a lot of time catching up. And that catching up does not involve Kenny.
But there’s a Witch to defeat, a pal to rescue, and a mysterious book to unlock. And those are quests for best friends, not old friends. Right?

This is the 2nd book in a series, but it can be read as a stand alone, which I did since I haven’t yet quite had the time to read book one. I will be, however, since I really enjoyed this read!

Kenny is a rabbit, who’s ending his school years and has 12 younger sisters. He’s already thought of as something special, since he met his best friend, a dragon, and managed to prove that dragons won’t eat everyone they see. Now, that life has settled down, he’s off to the fair with his family and dragon friend. There he’s lucky enough to become the owner of a fix-it-upper automobile…but he has no idea how good it is that he acquires a car, since a new adventure is about to begin.

This book is so cute and fun and adventurous and simply a lovely read! Kenny and his friends are a wonderful bunch, full of warmth and a bit of humor. His mother is careful. His father warns. And his dragon friend speaks so properly and yet, has a lot to learn. Kenny is the perfect rabbit for an adventure.

This book runs at a nice pace, starting out with a few scenes to let the reader sink into the life and characters before taking off in adventure. Its a bit slower than some novels, but still is never boring and definitely holds in the pages. When the adventure starts, there’s a bit of tension, a bit of gruffness and a wonderful dab of humor filtered in. It’s hard to put the book down, and even harder not to love these characters.

As an extra bonus, illustrations are heavily spread through the pages. These black and white sketches add so much to the fun and life. But then, I’m a huge fan of illustrations in books…and these really are very well done.

Summed up, this is a book I can highly recommend and believe it is a series, which many readers will love.