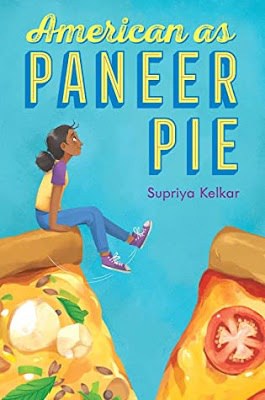 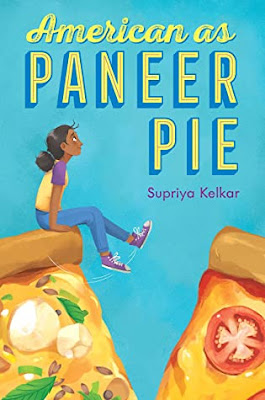 Eleven-year-old Lekha Divekar may be a first generation Indian American, but she couldn’t be prouder of her Indian heritage, culture, and her Hindu faith. And there’s nothing Lekha enjoys more than a good Bollywood movie, some delicious Indian food, and playing raas at home with her best friend Noah. But these enjoyments belong only to the at-home Lekha. At-school Lekha is a different story.

As the only Desi* in her school in Oakridge, Michigan, Lekha tries her hardest to fit in and not be noticed. But that’s kind of hard when she has a dark-brown birthmark in the spot on her forehead where a bindi would normally go. This earns her the unwanted nickname Dot by a white boy named Liam, who seems to have it out for her. Each time she passes him, he asks “What reeks, Dot?” in a sneering, condescending way and insinuating that Indians smell and adding to her feelings self-consciousness. Is it the wonderful Bengali food her mother makes and that she enjoys so much, or the coconut oil she uses in her hair, or none of this and just plain racism? she wondered. His mocking only increases when Lekha makes the school swim team and Liam doesn’t, making fun of her for not shaving her legs:”She needs a lawn mower.” to the delight of his friends. And how does Lekha deal with these insults and other microagressions, like students and teachers always mispronouncing her name and not correcting them? “I knew exactly how loud my voice would be when facing a bully. It would be totally silent.”
When a new girl moves in across the street, Lekha couldn’t be happier. At last, a Desi friend at school and someone who would soon get what it is like to have two lives, an Indian life at home and an American life at school. But Avantika Savarkar may be fob (fresh off the boat), but she is also a proud Indian and doesn’t care who knows it. And she is not afraid to stand up to Liam and his racist bullying. Lekha is amazed at this brave girl who speaks accented English and brings homemade Indian food for lunch, but she still wishes to just fit in and not be noticed.
When a white candidate runs for Congress on an anti-immigrant platform with the slogan “DON’T LIKE IT? LEAVE, Lekha refuses to even think about it, unlike her friend Noah. Noah has always been annoyed that Lekha refuses to speak up when she’s make fun of. Even after a racist incident is directed at her family over the Christmas holidays happens, Lekha keeps her mouth shut about it and is only angry that Noah writes about it and it is published in the school paper for everyone to read.
When a violent hate crime impacts her family and people she loves, will it be enough to get Lekha to finally find her voice to speak out against the racism she and her family face day after day and stand up for the culture she loves so much?
I found American as Paneer Pie to be an interesting novel and Lekha a very complex, flawed character as she grows and changes over the course of sixth grade. She is the first person narrator and while she can sound a little whiny and self-pitying at times, readers (myself included) need to remember, racism and xenophobia aren’t occasional incidents in her life. It’s also the ongoing day-to-day barrage of microaggressions, like not bothering to learn how to pronounce her name, comments about smelly Indian food, a pushy white swim teammate named Aidy insisting they lost a match because Lekha didn’t shave her legs, even though it was Aidy’s poor performance that caused the loss.
While this is a story that nicely highlights Lekha’s journey toward discovering the power of her own voice, Kelkar has included a richly detailed picture of her Indian family’s life, including lots of interesting references to their culture, traditions, and, of course, food. One thing that did bother me was that there is no glossary for the many Indian reference that are probably not going to be familiar to many readers.
If you are looking for a thought-provoking, accessible novel that presents difficult but timely themes in an age appropriate way, then look no further than American as Paneer Pie. A recipe for Paneer Pie is included.
This book is recommended for readers age 9+
This book was an ARC provided by the publisher, Aladdin, an imprint of Simon & Schuster
*Wondering what the word Desi means? So was I. Very simply put, the online Oxford dictionary defines it as “a person of Indian, Bangladeshi or Pakistani birth or descent who lives aboard.” Desi comes from the Sanskrit deśa meaning country or home.