Teaching kids about puns hasn’t always been the easiest lesson I’ve had to teach. Explaining that a pun is simply a joke that uses the different meanings of a word or phrase in humorous ways isn’t always sufficient, even when I’ve begin the lesson with the old joke: Why is 6 afraid of 7? Because 7 ate 9.” However, Tara Lazar has taken that dusty old joke and turned my lessons into a fun way to teach and learn about the concept of puns. 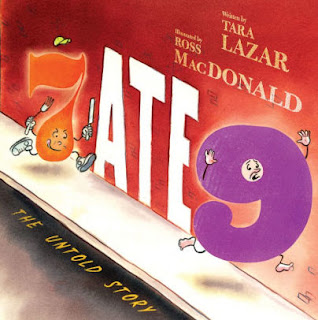 7 Ate 9: The Untold Story (Private I #1)
written by Tara Lazar, illustrated by Ross MacDonald
Little, Brown BFYR, 2017, 32 pages
It all begins when a very scared 6 runs into the office of Private I of the Al F. Bet detective agency and tells him that word on the street is that 7 ate 9 and now 7 is after him. After taking the case, Private I tells 6, “Stay here. I’ll get to the root of this.” “I hope so!” says 6. “I fear my days are numbered.” What follows is a caper that sounds like it is straight out of a 1940s film noir mystery as Private I tries to find clues about 9’s disappearance. It has the same kind of hard-boiled old school way of speaking, but with the slangy language is replaced with punny language. And the number puns never stop. And Ross MacDonald’s bold, colorful illustration, digitally created with colored pencils, and watercolors, are as energetic as the caper itself. This didn’t work with my younger readers, but it was a real hit with older kids who are already somewhat math savvy. They really enjoyed finding and talking about the math references. Their favorite – Cafe Uno where customers can get a slice of . 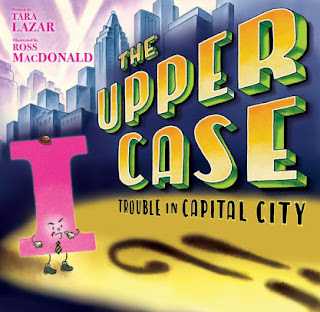 The Upper Case: Trouble in Capital City (Private I #2)
written by Tara Lazar, illustrated by Ross MacDonald
Little, Brown BFYR, 2019, 32 pages
Capitalizing on the fun of her first book, Tara Lazar returns to the Al F. Bet detective agency for another caper. It seems Question Mark was all bent our of shape because all the uppercase letters in Capital City has gone missing and to emphasize his point, he had brought along Exclamation. Would Private I take the case? if he didn’t solve this one, with all the capital letters gone, there would be incomplete sentences dangling everywhere. What results, as Private I tries to solve the case, is a punny introduction to punctuation when he tries to interview them. They are all too busy to talk, only the Quotation Twins are willing to talk: “Yeah, something’s definitely up, besides us…But don’t quote us on that.” This is written with the same kind of hard-boiled film noir mystery way of speaking and illustrations as 7 Ate 9. Once again, I found it did not work with my younger readers who are 4-5 years-old, but it did work better with kids 6+. My favorite part was the appearance of the Grammar Police represented by Elements of Style and the Chicago Manual of Style.
My older readers had some fun trying to come up with their own punnny jokes after reading these books. Both of them are delightfully funny, punny, fresh ways of helping students understand puns and word play and are ideal additions for classroom or home school libraries. 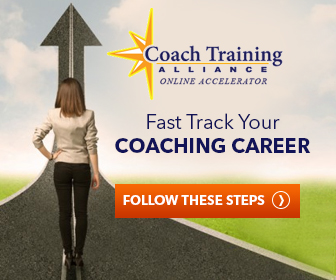