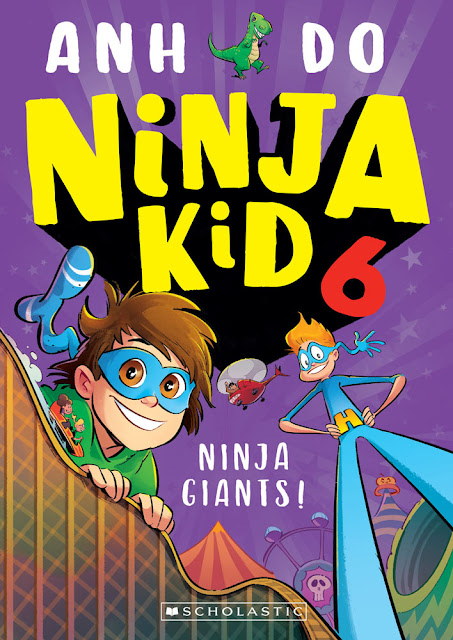 It is October, which means Halloween is coming and the Fair is in town.

This year Nelson and Kenny will be tall enough to go on all the new, scary rides after many years of stretching and growing.

But after testing their Grandma’s invention without permission, they are abruptly too small to go on any of the new rides.

They are even too small for the merry-go-round and Grandma will not have the invention fixed until this AFTERNOON!

Unless they think of good reasons (and disguises) to be small, their hero identities will be discovered.

Luckily, with the help of friends Sarah and Tiffany, Nelson and Kenny have a plan to defeat Doctor Kane and his giant robot minions and stop them ruining the Fair. They also have a plan to get taller again but end up way taller than they had intended.

This book was really entertaining, and I enjoyed it. I really liked the illustrations and the style of writing Anh Do uses in his books. My brother, who is a big fan of Anh Do’s work, says he really enjoys the two characters Nelson and Kenny getting into mischief. Each new book has a similar plot but a different problem, which I think is a creative way to create a series.

I recommend this book for ages 7+ because it is easy to read and has almost no violent content – only creative humor and funny problems for your entertainment. Anh Do you have done it again!