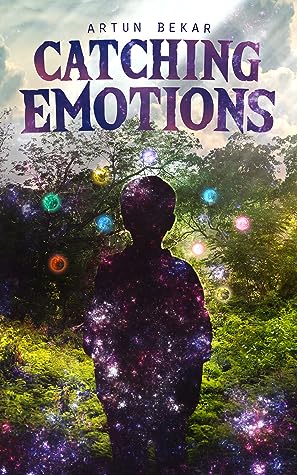 CATCHING EMOTIONS
by Artun Bekar
Middle Grade Fantasy
92 pages
ages 8 to 12
Willy, a very rational boy, is forced to grapple with his unpredictable emotions on an adventure with a classmate. On a journey through a nearby forbidden forest, he discovers nine primary emotions that put him in hazardous situations, then help him overcome them. Each emotion appears in the form of a colorful light.On his way to school, he meets his first emotion, Happi, and soon after Wonder drags him into the forest. He struggles with Panicky after getting scared by something following him, but his pursuer ends up being his classmate Mia, who was trying to make sure he was safe. Because Mia scared him so badly, Willy unleashes his darkest emotion Fury, and he verbally attacks Mia for scaring him, demanding that she leave him alone.But after she leaves, Shame and Melancholy visit Willy, and he regrets that he was so mean to Mia. He decides to stand up to his emotions and selflessly focuses on finding Mia. Courage appears as Willy tries to make things right, and even though Willy gets physically harmed during his search for Mia, he still manages to find her. She had tripped and fallen over a cliff and is clinging to life by her fingertips curled around a tree root.Willy tries to rescue her but accidently lets her fall. His assumption of her death hits him hard, and he feels an unbearable pain in his heart. However, Mia hadn’t fallen the whole way down but onto a ledge a little farther down from the surface. Willy uses Fury, Lovely, and Courage to find the strength and brevity to pull her up.While trying to find a way out of the forest, they come across a mysterious old man playing the violin who lives in a nearby cabin. At first, doubting the intentions of the old man, they pretend they are not lost. Shortly after knowing more about him, they become friends, and the old man takes them to his cabin for some water and to wrap Willy’s wounds. In the meantime, he mentors them on emotions and promises to direct them back to their school.However, on the way back, the old man takes them on a detour. He takes them to an old factory that leaked poison and destroyed the nearby environment and wildlife. These horrible surroundings cause Willy to meet his most repelling emotion: Disgusty. The old man gives them a vital lesson about the environment by connecting basic human behavior and emotions.When they finally get back to school, they find a bunch of people looking for them. Willy’s father furiously blames the old man for all the trouble and pushes him to the ground. Lying on the ground with his broken violin, the old man does nothing but show empathy. He then departs back to his cabin. By the end of this coming-of-age story, Willy has changed into someone who cares much more about his emotions and has more control over them.

Emotions come to life in this intriguing tale about learning to understand ones self and others.
Willy sees a man jump into the road after a dog and is able to tell the bus driver to stop before a terrible accident occurs. While the man is safe, Willy begins to wonder what caused the man to be willing to leap into the road and put himself in danger…for a mere dog. That’s when the first emotion appears and explains what its purpose is and how it affects others. While Willy is meeting all sorts of different emotions, he finds himself in the forest after school and has a nasty run-in with a classmate. And that’s where the adventure really takes off.
The idea behind this book is very intriguing and definitely shoots off in a new direction. Willy is a boy, who needs to learn about his emotions. It’s not clear why he seems to have difficulty understanding emotions  (the reader can slide by that although I would have loved more background!). Willy meets emotions face-to-face. Literally. Little balls of color appear, each with a fitting name like Happi or Panicky and so forth. They speak to Willy, not only explaining themselves, but leading him to act in different ways.
It’s an interesting push and pull between Willy and the emotions, and allows readers to learn more about why they sometimes feel the way they do and how these emotions affect others. Now, this entire emotion personality might sound weird…and it is original (as said) but I was surprised how well the author got it to work. The emotions had clear personalities (like little creatures) and were a bit quirky, at times. Of course, some of it was a bit awkward. The emotions explained what they do and such…which…okay, it will work for younger listeners, I guess. Older ones will roll their eyes. But the emotions are also endearing, cause a little trouble, and came across better than I feared they might.
All of this is packed into a fast-paced adventure, which does keep the pages turning. Willy finds himself in some difficult situations, and it’s hard not to wonder what will happen next. The emotions are tricky, and he has to learn how to deal with them…in more ways than a reader might first think. This entire tale is put into less than a hundred pages, which makes it something even reluctant readers might be willing to pick up. Of course, the adventure also allows the possibility to discuss more about emotions and can be used in a group situation to address this topic. The beginning did start off without much introduction into Willy and who he is (which I found rather unfortunate and missed), and some of the vocabulary used in the dialogue didn’t fit the natural word choice of kids that age. But despite these small stumbles, the book is well done and readers are sure to enjoy it.
And here he is… 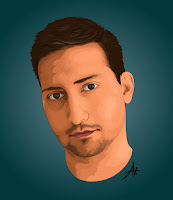 Artun Bekar was born in Turkey. Raised in Switzerland and Ukraine. He studied International Relations in the United Kingdom. He is currently living in Shanghai and working in the healthy snacks industry. He became interested in writing children’s books when he realized that in modern educational paradigms there isn’t enough environmental and emotional teaching for kids. After extensive research on emotions and the environment, he started writing stories for children. His latest book Catching Emotions focuses on emotional and environmental awareness. He strongly believes it is necessary to teach about emotions at a very early age. To protect and preserve the environment, he strongly advocates to introduce today’s environmental challenges to kids as early as possible. Retrospect, the best way to accomplish this task is through well composed stories that can raise questions in children’s minds.